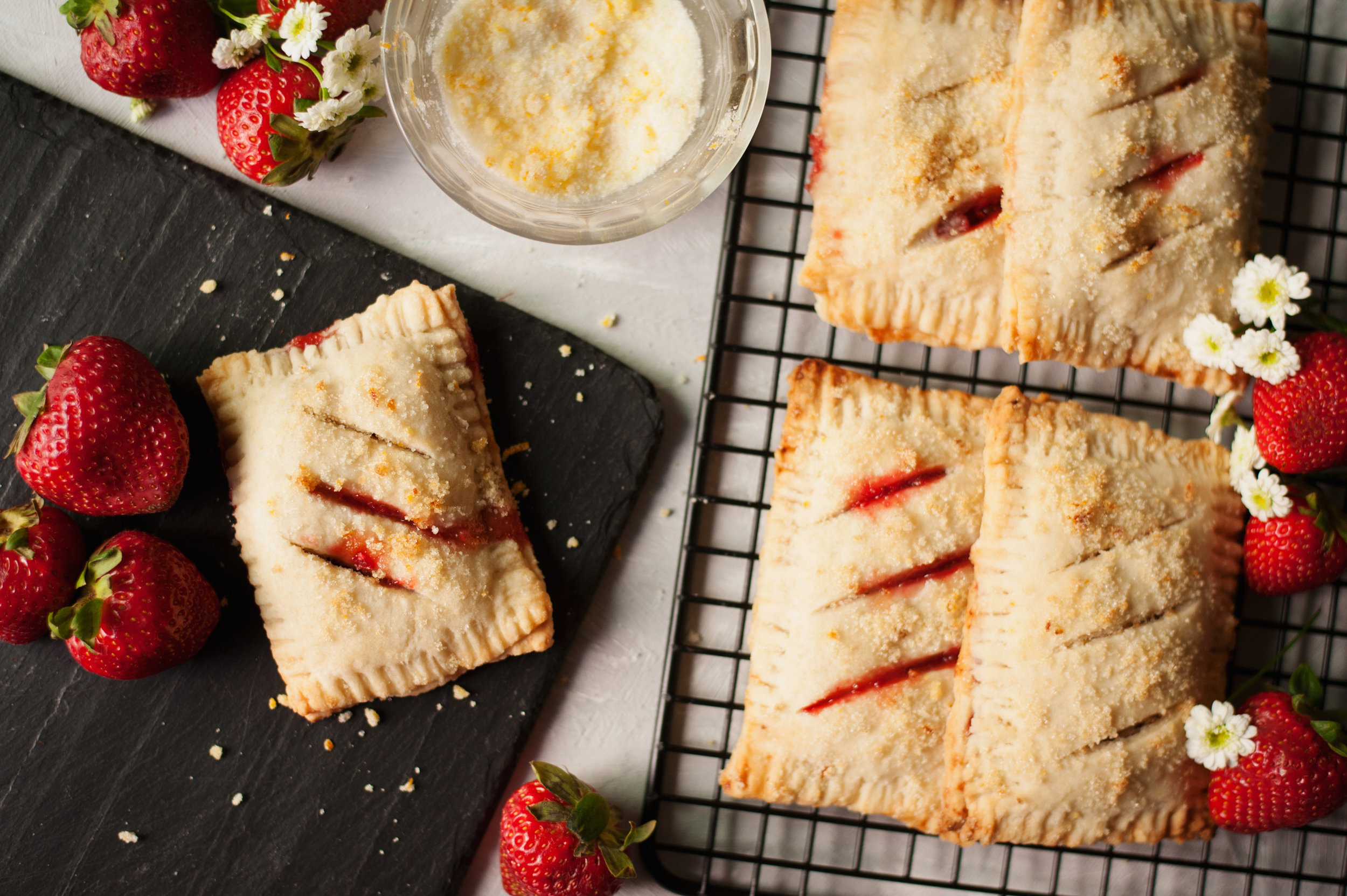 I have to admit, I am a sugarholic. I could live off of everything sweet and baked. There are only two sugary items I have never really liked – store-bought Poptarts and Circus Peanuts. I have had a couple of requests over the last few years to make poptarts, and I wasn’t super thrilled about it; but I was recently talking to a fellow baker at work about the combination of strawberry and orange and I thought this might be the perfect time to try the dreaded poptart. I learned something very valuable this week; homemade poptarts and store-bought poptarts are not the same thing – like not even close!

I liked the addition of orange to things little pies, but it is totally optional. For that matter, the strawberries are totally optional too! These would be just as wonderful with a lemon blueberry or cinnamon apple or chocolate filling! But I very much recommend the strawberry orange, it’s summery and bright with a hint of warmth from the orange. Does that even make sense? Either way, it is a beautiful way to start off your morning. 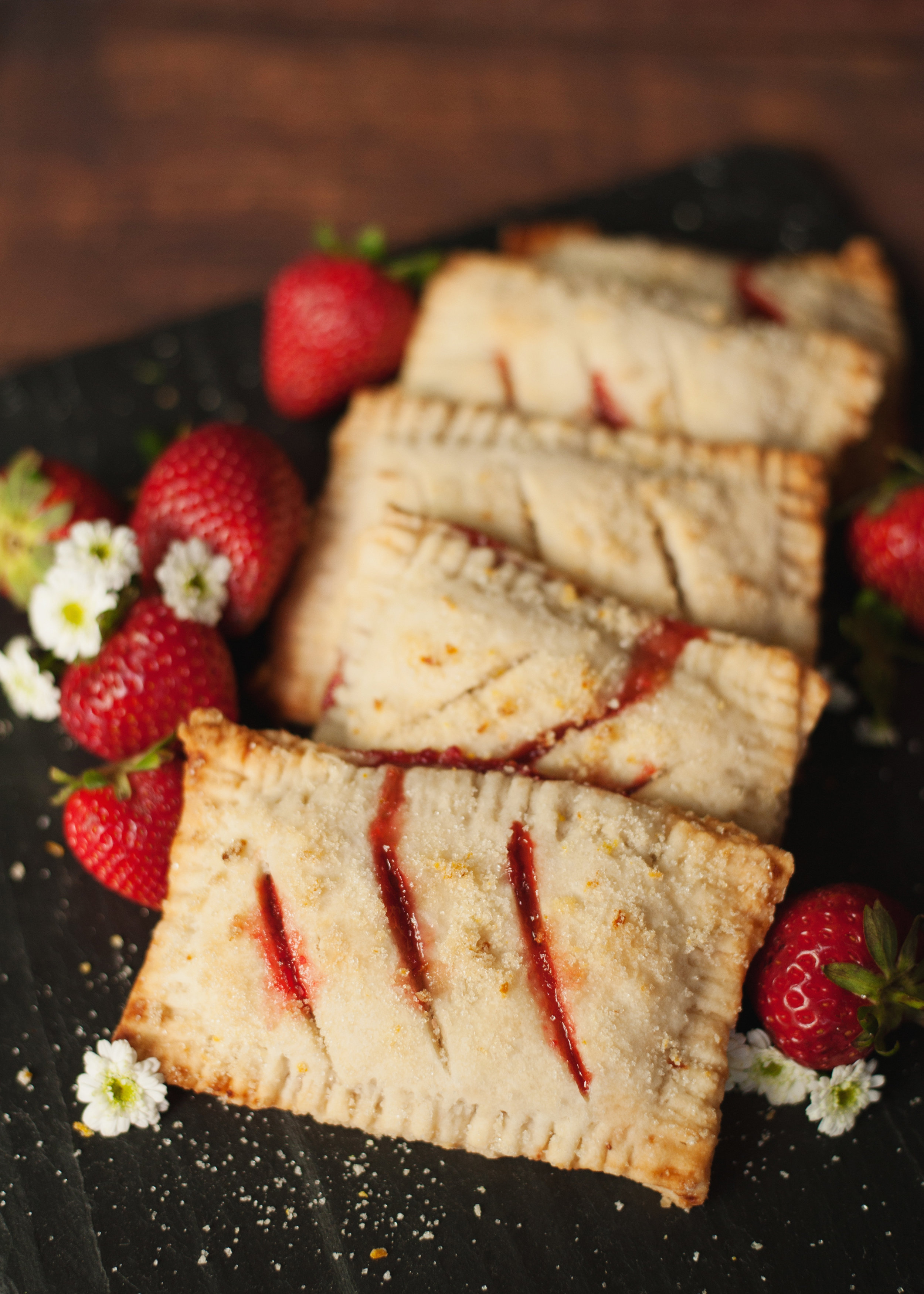 I definitely think these little pies are best straight out of the oven, just cooled enough so you can take a bite without burning your mouth. The crust is firm and flaky and the filling soaks into the crust just enough to give it that delicious strawberry flavor. I found that the next day after being in an airtight container all night they didn’t have the same wonderful eating experience. They may have actually been better left out uncovered so the crust didn’t retain so much moisture. But there is good news! You can make these ahead of time – just make them to the point you are going to bake them. Instead of putting the cookie sheet in the oven, pop the sheet in the freezer for about 20 minutes until the crust is hard. Then place them in a freezer baggie or airtight container for a month or too. Then you can take them out as needed, throw them on a cookie sheet and bake fresh. You may have to add 10-15 minutes to the baking time to get them golden brown. 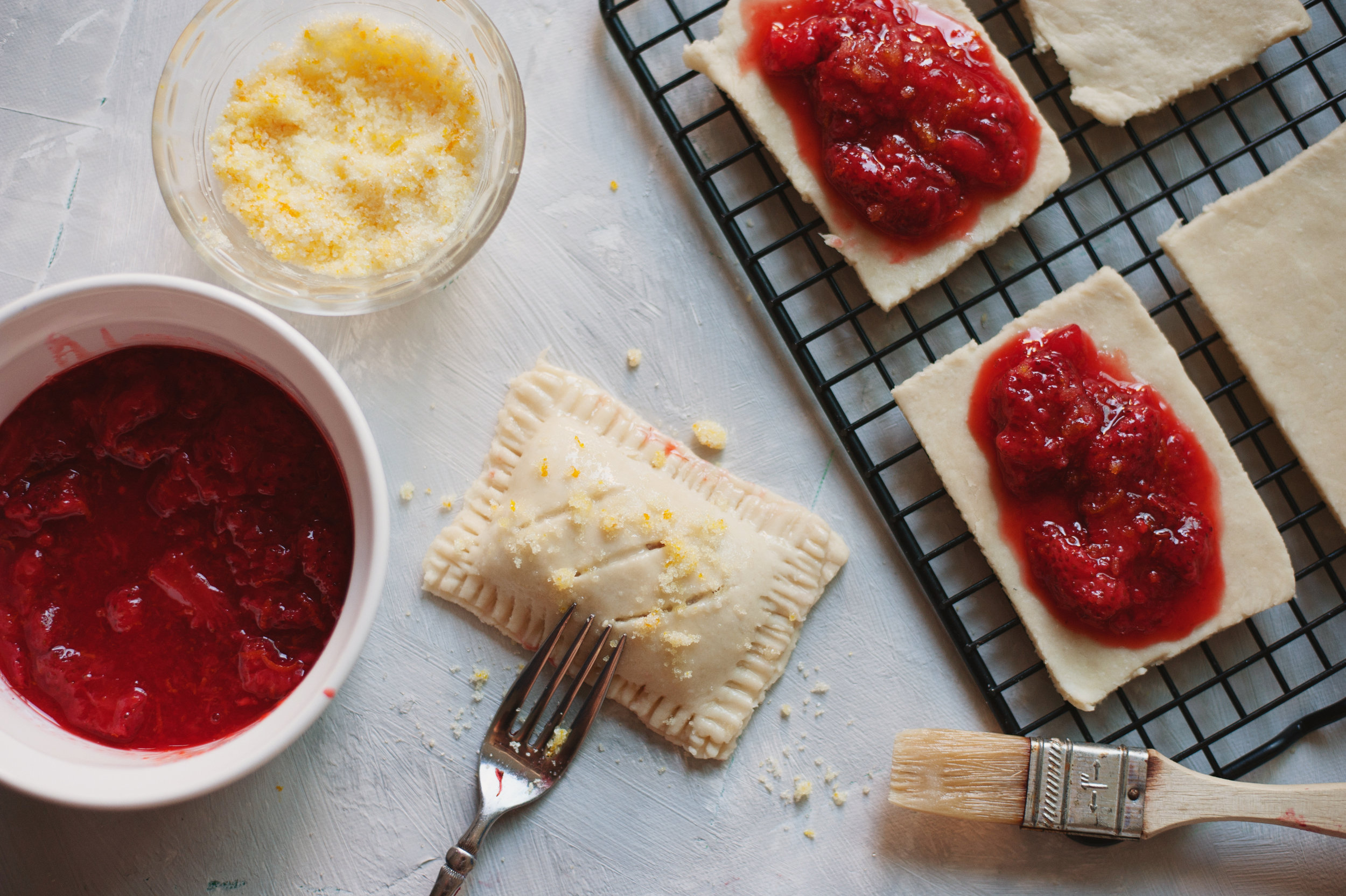 How to cook strawberry orange poptarts

Some quick tips when making these:

Make one whole poptart at a time. If you try and do an assembly line with the filling and place it on all the crust at once, I will start running to the edge and make it much harder to seal the edges. It will look like it was in a bad fight and bleeding everywhere.

These are best served warm out of the oven!

I also tried these with a puff pastry crust and they were wonderful, but did have that poptart look with the puffy crust. If you dont care about that – I highly recommend the puff pastry!! I mentioned in the recipe notes that I did make these with puff pastry the first time I tried them, and man were they good! They do not look anything like Poptarts, but if you don’t care about that – I highly recommend it! I am planning to make some other puff pastry tarts this summer (maybe peach with a balsamic sauce?) but these beautiful little pies are wonderful both ways. 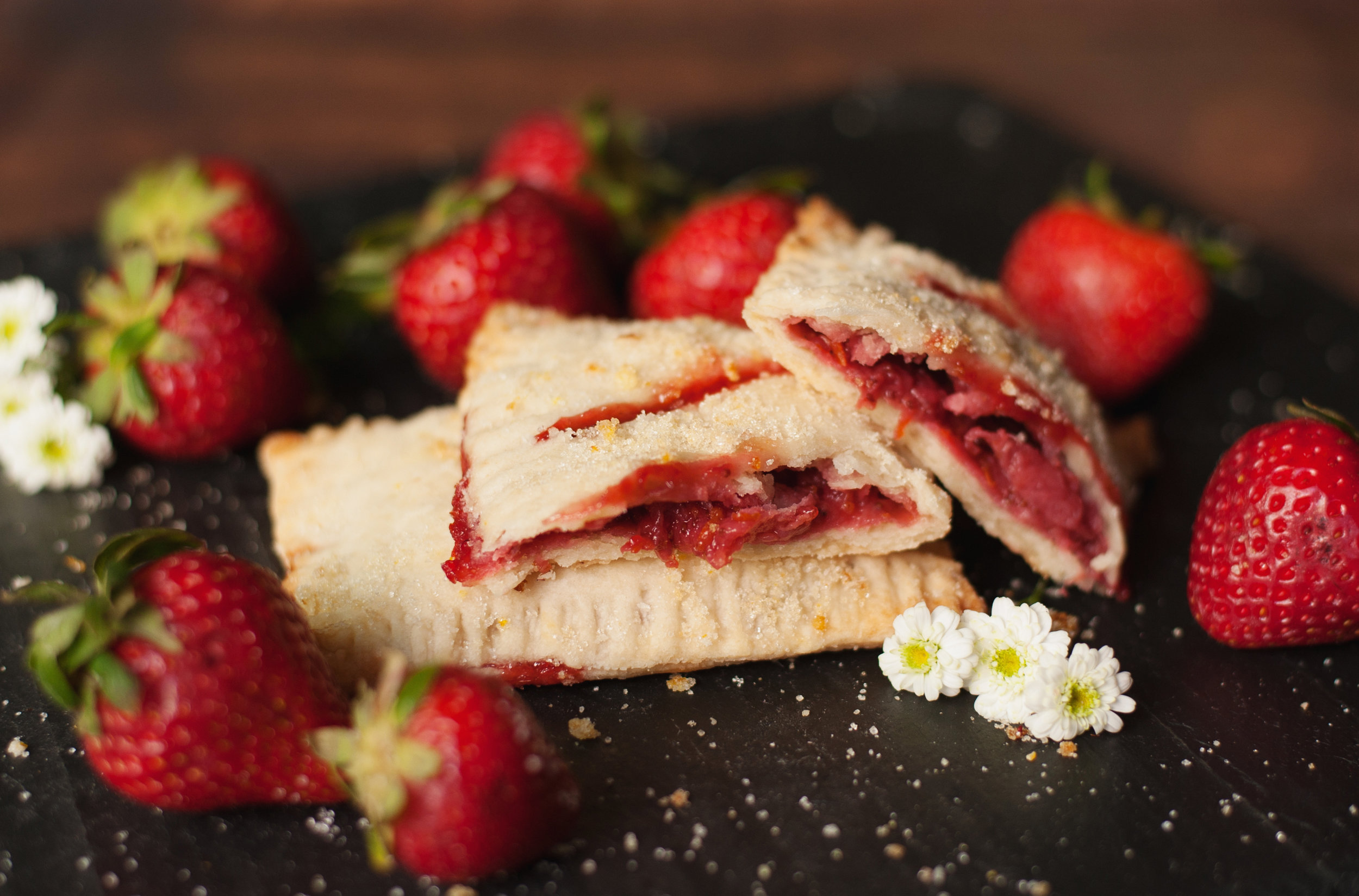 I'm Jamison and I'm so happy you stopped by my baking blog! Here you will find a love of delicious dessert & baking recipes that just happen to be vegan!

about + what is
plant-based?

Recipes right into your inbox every week!

I love seeing everyone getting ready for fall baki

Happy Labor Day Weekend! Cool off with the EASIEST

Since our kitchen has been under construction and

One of my all time favorites! The lightest, fluffi

It's the start of my birthday weekend!! (It's offi

The ultimate brownies😍😍 these took a few tri

Recipes right into your inbox every week!